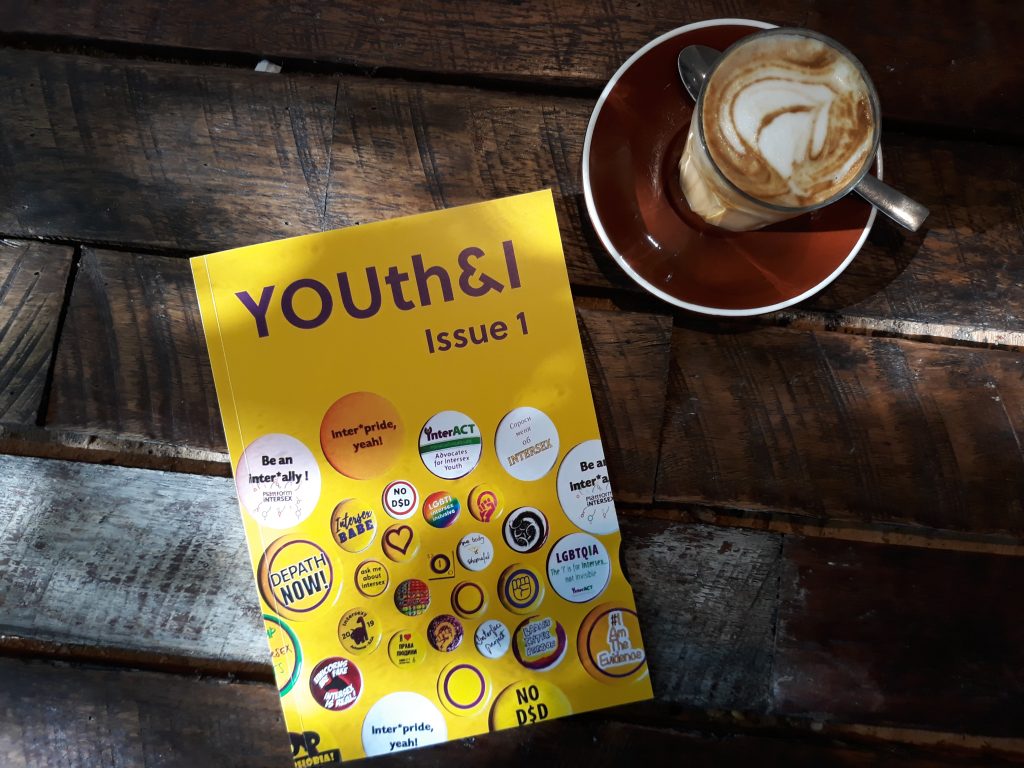 On 7 July 2019, we put out a call for submissions to create an Australian-first intersex youth publication – YOUth&I. We sought to create a safe space for young intersex people to share their stories in their own words and not be taken out of context or rewritten by endosex (non-intersex) people. A space for intersex voices to be heard in their own right. A chance to educate the people we live with and to connect with others including those who, even if they don’t know the word intersex, might recognise some of these stories and experiences within themselves. 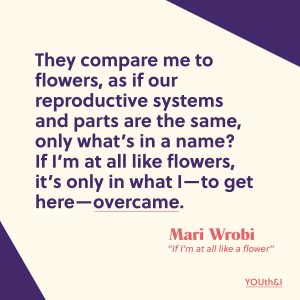 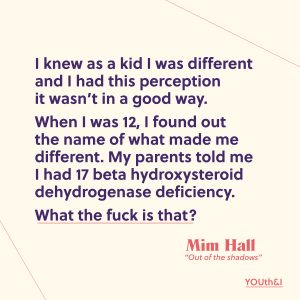 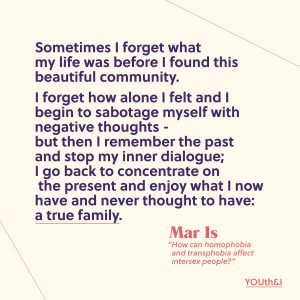 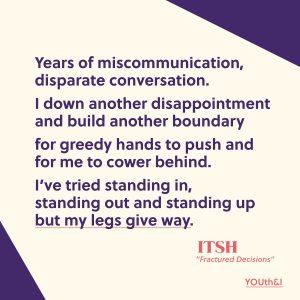 Creating safe spaces in community to share, hear, and hold each other is incredibly important. While the intersex community in Australia is growing, spaces solely for intersex youth have so far been difficult to create and sustain. YOUth&I provides a space for young intersex people in Australia and elsewhere to share, create, be visible, and be valued. It is one answer to the challenges of storytelling in a world that is only just beginning to listen and where sharing can be painful, unsupported, unsafe, and not always clear whether it leads to change. It is also one answer to the challenges of bringing together young intersex people and giving them the opportunity to express the creativity and joy in their lives.

On 28 October 2019, we launched YOUth&I in print and online at Smith’s Alternative in Canberra. You can read it and experience it for free right here and continue to follow us for further updates and more resources for intersex young people on our Twitter, Instagram and Facebook.

Click on the cover below to view the whole publication! 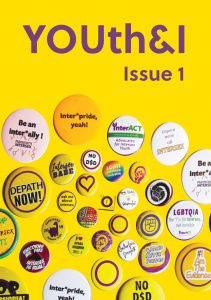 See where you can find physical copies of Youth&I Issue 1 here.

This project has been supported by the ACT Capital of Equality grants program, run by the ACT government and administered by the Office for LGBTIQ Affairs. We are fortunate in Canberra to have a small but growing number of young intersex people who are willing to speak up and who are encouraged and supported by allies in the wider community. While intended as a one-off publication, the creative potential of intersex young people is limitless and in time there may be further issues. In the meantime, this issue captures a particular moment in how intersex people think and talk about themselves, their experiences growing up in this time, the growth of an intersex community in Australia and around the world, and the development of an intersex movement.