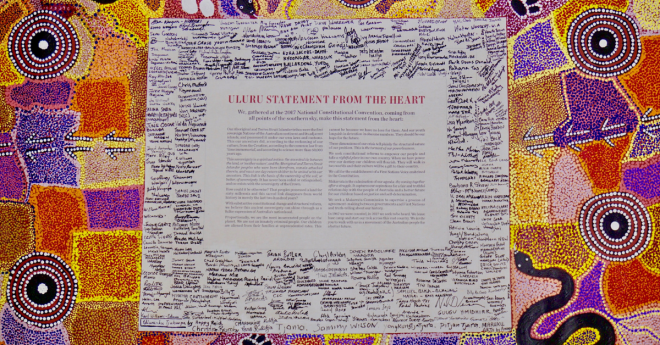 This is a statement of the Darlington 3 community event, held in Williamstown, Melbourne, 7-9 January 2020.

The Uluru Statement from the Heart is the result of a constitutional convention held in 2017 at the foot of Uluru. It brought together more than 250 representatives and leaders from Aboriginal and Torres Strait Islander communities, and was issued as an invitation to the Australian public to walk with First Nations peoples in a movement for a better future. The Uluru Statement from the Heart calls for the establishment of a First Nations Voice enshrined in the Australian Constitution. It also calls for a Makarrata Commission to supervise a process of agreement-making between governments and First Nations, and truth-telling about our history.

As acknowledged by the Darlington Statement intersex people have existed in all cultures and societies throughout history, including in the First Nations of these lands.

This gathering of Australian and Aotearoa/New Zealand intersex community organisations and individuals embraces the invitation to walk with First Nations peoples for a better future. We acknowledge that their sovereignty was never ceded or extinguished. We recognise their continuing connection with land, water and community, and the devastating ongoing impacts of colonisation. We recognise that there are unresolved injustices and unacknowledged truths.

The Uluru Statement from the Heart
Darlington Statement